The Five “Must See” Surf Movies 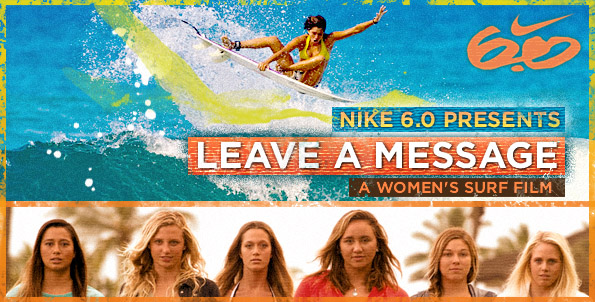 For some of you, it has been a few months since you were on your surf vacation here at Peaks and Swells Surf Camp in Costa Rica. Although cruising around on your board in the warm tropical waters of the Pacific Ocean may seem like a distant memory, never fear, we are on hand with a list of our favorite surf movies so that you stay stoked, however far from the surf that you are.

You never know, watching one of these top picks could inspire you to book your next vacation, in which case, you can make the excuse that watching them over and over again is your “Surf Homework”.

We have chosen a mix of genres within the Surf genre so whether you like the arty or adrenaline packed, a documentary or a girlie surf movie there is something here for everyone. 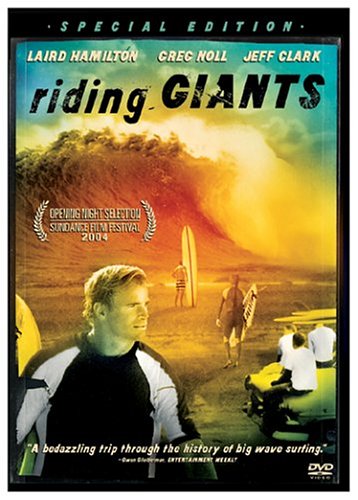 Big wave surfing is indeed a sport in it’s own right and this documentary showcases why.

Spilt into 3 parts it tells the story of:

The history of surfing and the anti establishment attitude it inspired, introducing us to the original big wave riders in Hawaii.

It then explores the counter culture it spawned as the sport moved to California, telling the amazing story of Jeff Clarke and the New Breed of surfers who braved the deadly waters at Mavericks.

Finally looking on Maui, showing us how the sport is being brought into the mainstream. With riders such as Laird Hamilton and his jet ski, tow-in techniques make riding even bigger, scarier waves possible, we look at where the future of the sport is headed.

With one of the most adrenaline fueled opening scenes of a movie ever, this one is a must for anyone simply because of it’s feats of human bravery if nothing else. 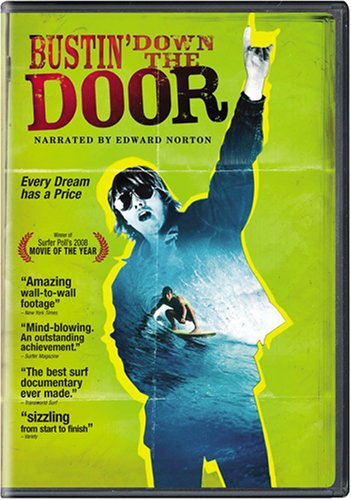 Bustin Down the Door

2) Busting Down The Door: Historical

Narrated by Edward Norton, this documentary is a must see for anyone interested in surfing. With amazing personal testimony from the big name icons of back in the day it describes the mass influx of Aussies, South Africans and “Main Landers” to Hawaii and their quest to make a sacred past time, that until then had been considered a gift bestowed upon you, into an internationally regulated, competitive sport. The World’s pioneers of surfing describe their journey, often tear jerking at points, to establish the Association of Surfing Professionals (ASP) that we know today.

This is the latest surf movie concept by producer Taylor Steele. If you want to see the most progressive men’s surfing then look no further. All the surfers featured in these movies filmed and edit their own “section” and sent it in to Steele to compete for a $100,000 prize purse. Not only did it highlight the emerging young talent in surfing and introduce us to some “unknowns, it also brought our attention to the amazing work done behind the scenes by surf videographers. A great idea that has been so successful you can now also watch Innersection 2.

Recently Nike 6.0 picked a handful of the best young female surfers in the World to sponsor, flew them to amazing tropical locations and filmed what is the most progressive and innovative Girls surf movie to date.

Showing us that aerials, fin releases and powerful hacks are not just for the boys, 2011 World Champ Carissa Moore and buddies give us a fun, high energy thrill ride. With a great sound track and available free on You Tube, this movie is great to watch whether you are a guy or a girl. 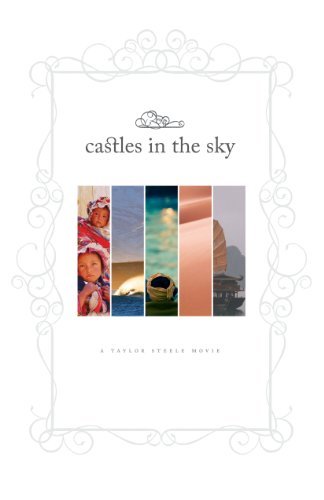 5) Castles in the Sky: Arty/Travel

The un-official sequel to “Sipping Jetstreams”, “Castles in the Sky” incorporates the idea of surf travel as it’s theme. A modern take on Surfing as a lifestyle, this movie focuses on destinations you would not normally associate with surf, places like India, Iceland, Vietnam and Peru. It is an arty, alternative look at the sport with beautiful places, haunting music and indie surfers. Just like a good book, this is one you want in your collection to show your grandkids in years to come.

Let us know which of our picks you liked best or if your favorite is not on this list, let us know by commenting below.

Join us next week when we talk about where to get the latest and best surf footage online for Free!