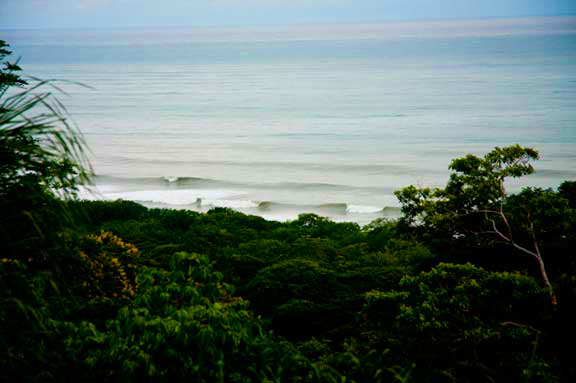 For almost 10 years I have been traveling around the globe, surfing some of the most well known (and unknown) surf spots out there. From the reefs of Bali’s Bukit Peninsula to the French beachbreaks of Hossegor, the long sandy pointbreaks of Australia’s Gold Coast to the legendary ‘Seven Mile Miracle’ on the North Shore of Oahu. The conclusion that I have come to after all of my surf exploration? Nowhere beats Costa Rica. That’s a pretty bold statement, but here are 10 Reasons why… 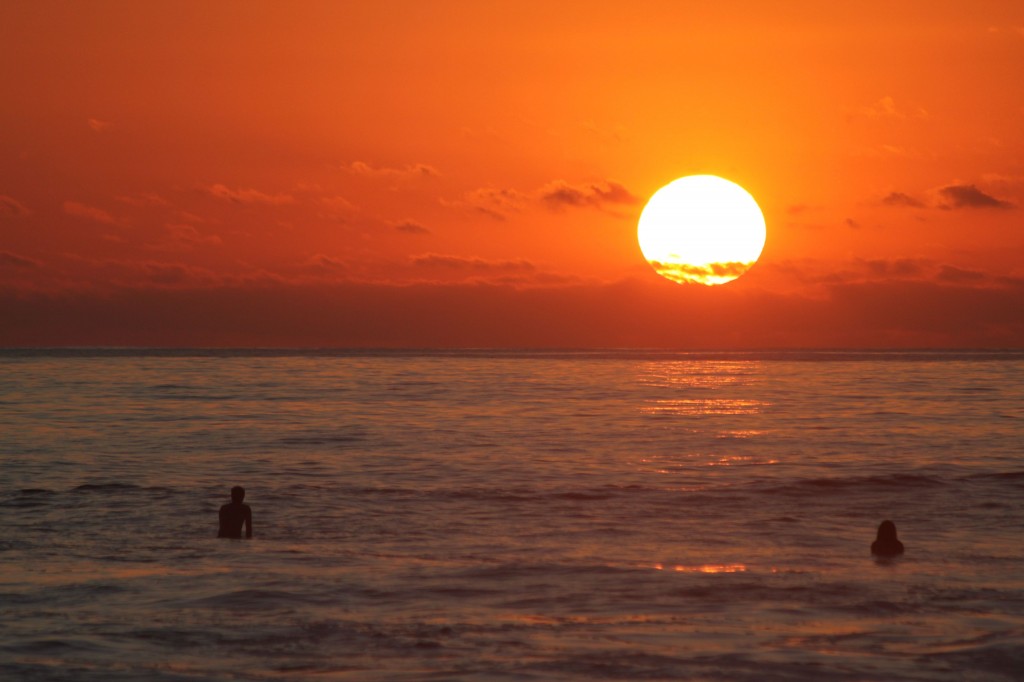 #1. Consistency: Due to it’s geographical position, Costa Rica is one of the most consistent surf zones in the World. Being so close the Equator and facing, unobstructed into the Pacific Ocean results in Costa Rica receiving swells from both the Northern Hemisphere (November – March), and swells from the Southern Hemisphere (pretty much year-round). Boasting OVER 350 SURFABLE DAYS A YEAR!

#2. Variety: Being bombarded with waves is one thing, having the coastline to offer a huge variety of wave types is another. You can find gentle rolling beachbreaks, hollow sandbars, slow peeling pointbreaks, powerful reefs, long rivermouths, slabs and more along the ‘Rich Coast’.

#3. Water Temperature: Costa Rica sits between 8 and 12 degrees north of the Equator, this means a tropical climate where the water temperature requires only your boardshorts or bikini, all year round. 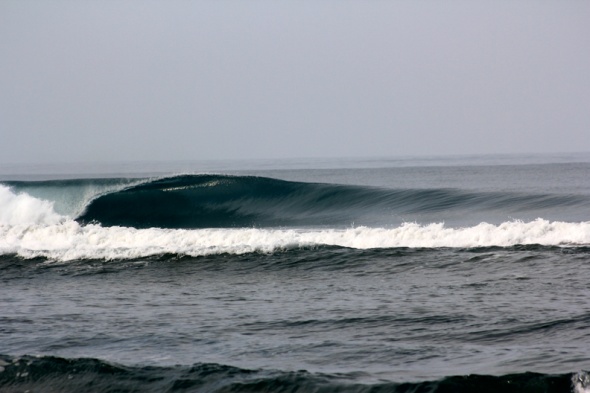 #4. Crowd Factor: Sure there are some busy areas, but there are plenty of uncrowded and even empty waves breaking every single day. Just a quick drive along the coast or to the next bay you can find great waves for just you and your friends.

#5. Natural Wonders: Costa Rica has bewilderingly diverse landscapes, flora, fauna and wildlife. Amazingly, Costa Rica hosts more than 5% of the world’s biodiversity even though its landmass only takes up .03% of the planet’s surface. Which is why Costa Rica is among the countries with the highest amount of protected land in the world; more than 25% of Costa Rica’s land is dedicated to national parks, reserves and wildlife refuges. You can see this in abundance in the water when surfing along side turtles, schools of rays and more.

#6. Accessibility: Costa Rica has 4 International Airports, dozens of Domestic Airports, hundreds of Car Rental offices and great public transport offering air conditioned buses to all parts of the country. Even though the National language is Spanish, a lot of the locals speak good English (especially in the more touristy areas). All this makes traveling to and around Costa Rica a breeze. 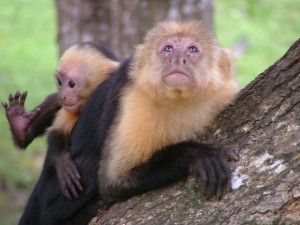 #7. Cost: It’s not as cheap as most of the other countries in Central America, but it sure is cheaper than a surf trip through California or Australia, believe me. During the Green Season especially, the car rental prices are reasonable, the accommodation is cheaper too.

#9. Locals. The Nicoya Peninsula of Costa Rica (where Peaks ‘n Swells is based) is recognized as one of only 5 global ‘Blue Zones’. This means that the local people tend to live longer, healthier lives. This Pura Vida lifestyle is a welcome break from city life, and a truly ideal pace to appreciate where you are. 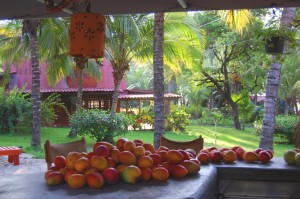 Mango season at Peaks ‘n Swells is probably the best time of year!

#10. Food. Fresh fish straight out of the ocean, Organic Markets full of beautiful produce, Celebrity Chef restaurants, Delicious local soda’s (typical Costa Rican food), Mangoes, Papayas and Coconuts falling from the trees and pretty much every type of cuisine that you can think of.

It is a combination of all of these factors that puts Costa Rica at the top of the list. It may not be the best destination if your looking for the most famous, isolated, or scariest waves in the world; but it does offer a huge variety of  fun consistent waves, in a tropical country that is friendly and easy to get around.

So where are you going on your next surf vacation? I’ll look forward to seeing you in CR…