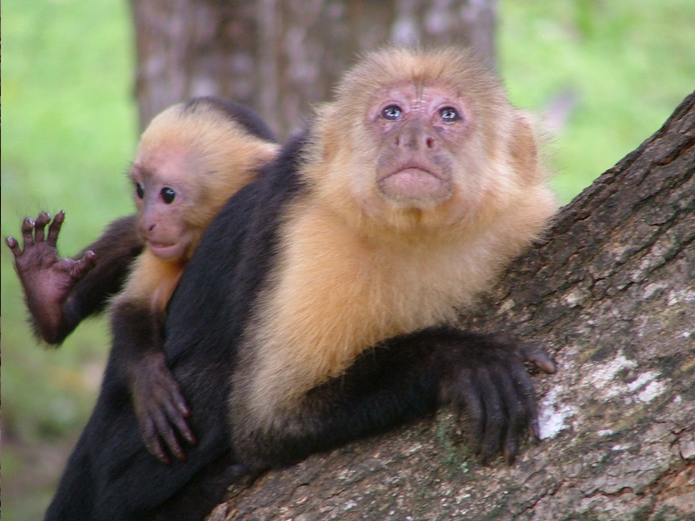 Sure, surfing is the main attraction here at Peaks ‘n Swells, but the Nicoya Peninsula is also an incredible place to explore the famed Costa Rica wildlife and rugged coastline. From howler monkeys to colorful tajalines, the wildlife that call Peaks ‘s Swells home is a huge part of the experience of surf camp for families. Here are just a few of the animals you’re likely to see during your stay.

Howler and capuchin monkeys are a common sight here at camp. In fact, the monkeys have been known to swipe mangos from the front porch of the tree house! White face, or capuchin monkeys are curious and agile and can often be seen swinging around in the trees at the beach. You’ll know the howler monkeys right away by their loud howls, which can travel three miles through dense forest.

Costa Rica is one of the world’s most important locations for sea turtles and is home to dozens of nesting beaches for leatherback, green, hawksbill, and olive ridley sea turtles. A few years ago, a sanctuary was opened right on the beach in front of Peak ‘n Swells, so watching or participating in a release is not at all unusual. It’s amazing to watch these little guys, just a few hours old, scamper toward the surf! 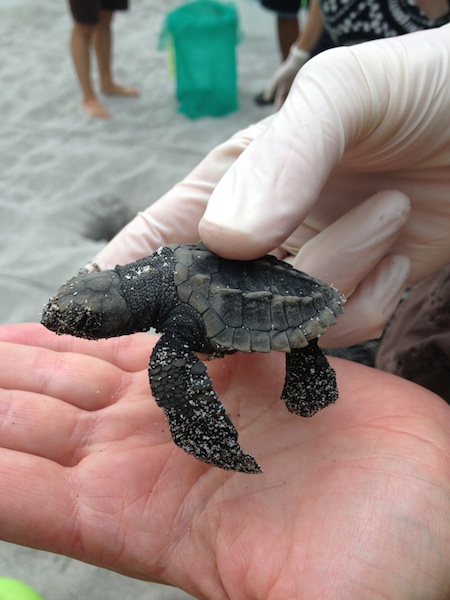 The Agouti, which look like a big version of a guinea pig, are also a familiar site here at camp. These gentle vegetarians feed on fruit and nuts that they bury in the ground, playing an important role in seed dispersion.

Green Iguanas are everywhere and can often be seen basking around camp in the warm sunshine. They are very common in Central and South America and can grow to 1.5 meters (4.9 feet)!

Nature loving families can also take a short drive to the Cabo Blanco Nature Reserve in Cabuya (near one of our favorite surf breaks!). It is spectacularly beautiful and home to 150 different species of birds, as well as white-tailed deer, armadillos, anteaters, howler and capuchin monkeys, ocelots, jagaurundis, and sloths. The Reserve encompasses 1,270 hectares of forest and 1,788 hectares of protected ocean, hosting many fish, lobster, giant conches, and oyster.

Costa Rica is a bird-watchers paradise, with about 235 species migrating south to escape the cold North American winters.The white-throated magpie jays are frequent visitors (especially around breakfast time!). If you’re an early riser, you’ll be greeted by the sounds of the forest coming to life.

If you’re visiting during the start of rainy season, you’re guaranteed to see lots of Tajalines, or land crabs, coming up from their underground homes. As they migrate from their inland burrows to the coast, they walk a straight line and will pass through the villas, the pool, or anything else that gets in their way!  These brightly colored crabs are a perennial favorite of kids at camp. 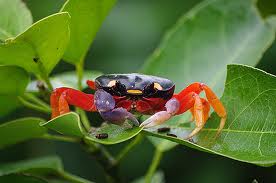 These animals are all very common here on the Nicoya, but there are so many other animals in the ocean and jungle. One family surfed at Playa Grande with a couple of little eagle rays playing in the waves, another spotted whales spouting in the distance at Cedros. If you venture out to Tortuga Island to do some snorkeling, you may see dolphins or schools of tuna swimming along with the boat. Kids are also fascinated with the sand dollars at Playa Hermosa and never seem to tire of the hermit crabs on the beach out front. Animal lovers will get their fill of wildlife here in Costa Rica!